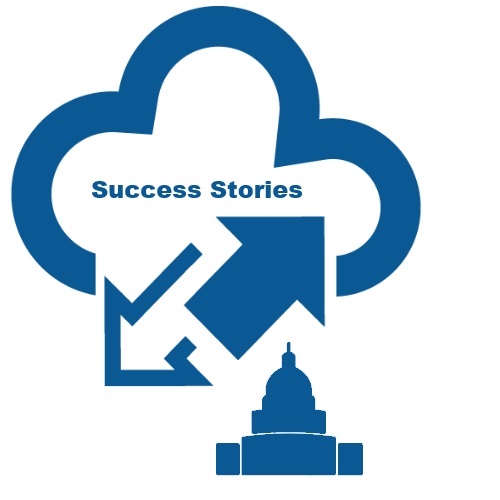 Public and private sector organisations are increasingly adopting cloud computing in a shift away from in-house IT approaches towards outsourcing to large cloud service providers. Evidence suggests that in a couple of years, around 80% of organisations will be dependent on cloud computing.
Cloud services also enable and simplify citizen interaction with government by reducing information processing time, lowering the cost of government services and enhancing data security. Governmental Clouds offer to public bodies, including ministries, government agencies and public administrations(PAs),the potential to manage security and resilience in traditional ICT environments and strengthen their national cloud strategy.
Find out how public authorities around the world are benefitting from the cloud in our selection of success stories below.

Municipality Builds Decision-Making Portal, Improves Social Services for Residents
Umeå, a city in Sweden, decided to build the best social services offering in the country. With the help of Microsoft Gold Certified Partner Sogeti, the municipality implemented a solution to create a “decision-making” portal to improve efficiencies through it, make better decision due to quality data and information and report faster and easier due to data aggregation.

GRNET is the Greek national research and education network (NREN) responsible for the provision of advanced e-infrastructure services to its user base. To serve this community, GRNET has developed its own IaaS cloud solution, which is providing virtualised computing resources free of charge to Greek universities and public research centres that already utilise GRNET’s network infrastructure and services. The cloud service, called ~okeanos, is built on top of existing proven open source software (e.g.

EDM is an award-winning eGovernment tool developed by the Austrian Federal Ministry for Agriculture, Forestry, Environment and Water Management in co-operation with the federal provinces over a number of many years. EDM is extremely extensive and complex Software as a Service (SaaS) application, comprising a network of 22 applications dealing with various environmental requirements. EDM makes complex legal provisions manageable through menu guided processes and automated validation.

Finland and Estonia have agreed to work together to develop educational cloud services that will bring together electronic learning materials and learning applications, and will significantly step up both educational and technological cooperation. Krista Kiuru, Finland’s Minister of Education and Science and Jaak Aaviksoo, Estonia’s Minister of Education and Research reached agreement on this in Tallinn on Wednesday.

Ministers are looking at saving tens of millions of pounds a year by abandoning expensive software produced by firms such as Microsoft. Some £200m has been spent by the public sector on the computer giant's Office suite alone since 2010. But the Cabinet Office minister Francis Maude believes a significant proportion of that outlay could be cut by switching to software which can produce open-source files in the "open document format" (ODF), such as OpenOffice and Google Docs.

Sprint 14: The UK Government showcases digital services which are simpler, clearer and faster, explaining that it is on course to deliver new online services that are better for citizens and businesses, save taxpayers money and help Britain compete in the global race, Cabinet Office Minister Francis Maude announced at the event in London today.

In 2011, parts of Japan were devastated following the Great East Japan Earthquake and the resulting tsunami. Hundreds of thousands of people lost their relatives, housing, daily lives, and jobs. The tsunami also took away social infrastructures as well as IT facilities.

Trending July 2013 - Faster, more secure computing for 18m students and staff - Microsoft Windows Azure and Janet, the UK’s research and education network, have partnered to provide what the organisations claim will be a faster, more secure connection to institutions’ cloud-based IT services.