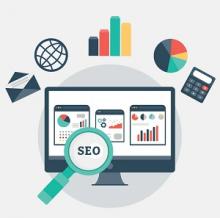 Today, the Internet of Things is rapidly building connections between devices, starting with wearables, cars and appliances. A recent report from Gartner forecasts that, “4.9 billion connected things will be in use in 2015, up 30 percent from 2014, and will reach 25 billion by 2020.”

Breakthroughs have been made with regard to processing chips and internet speed that are making IoT a reality. Twenty years ago, the cloud technology that is current driving these changes did not exist. Why is there so much excitement about IoT and what are the potential impacts of these technology changes? Here is why the Internet of Things is being compared to the Industrial Revolution.

Why There’s So Much Hype About IoT

The original hype about the Internet of Things started with the idea of the connected home, namely the connected kitchen. With internet connectivity, appliances would be able to respond instantly to safety concerns, deliver recipes, cook meals and more with less help from humans.

However, today the idea of the automated home pales in comparison to the opportunities that the Internet of Things offers for various industries. IoT may soon offer new ways to achieve efficiency for businesses and workflow optimization for industrial processes.

With the Internet of Things, devices have unprecedented abilities to collect data in real-time. Connected devices can collect location-based data, take measurements and more. With real-time data, devices have a greater ability to assess and respond to a specific set of triggers. A real-life example of this might mean a device that can issue notifications about maintenance issues before they arise, decreasing risk and improving safety.

GE has already made strides in this area with its Flight Efficiency Services that allow flight data to be tracked in real-time. The system monitors fuel management in flight in order to improve efficiency. The system also analyzes flight risks in real-time. The company predicts that the services can dramatically improve safety and lower the costs of maintenance.

IoT Will Transform the Internet

The developments that have been made with regard to home automation and limited commercial applications have demonstrated that the promise of the Internet of Things has yet to be realized. Some analysts are comparing IoT to the Industrial Revolution in terms of how it will transform the Internet.

The Internet of Things will not only give birth to new lifecycles of products and services; significant work will be required to build the infrastructure that will power connected devices. A report from Goldman Sachs says that, “Expanding the telecom, cable, and satellite pipelines that carry traffic through broader Wi-Fi networks is a critical part. But also providing devices with the sensor, memory chips and software necessary to communicate with the pipes is key.”

In a similar manner to which the building of roads and railroads powered the Industrial Revolution of the 18th to 19th centuries, the building of these new networks will power the changes that Internet of Things will bring about.

What Will Be the Impact of the Internet of Things?

Some analysts suspect that it could result in massive job losses as some jobs disappear to be replaced by new industries, while other industries disappear altogether.

Whether the benefits of the Internet of Things and automation will help society as a whole will depend on how these technologies are implemented and the policies that are put into place to govern the usage of the devices and the data.