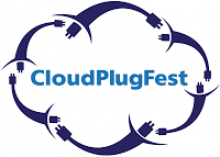 The CloudWatch2 project is pleased to announce its cooperation with SNIA to host and organise a Cloud Interoperability Plugfest colocated with SNIA Storage Developer Conference 2016 in Santa Clara, CA, USA from 19 - 22 September 2016.

While the F2F part of the plugfest is provided by the organisers of SDC2016 targeting show visitors, it is also open for remote participation by other members of the standards community.

Also, as it is tradition with Cloud Interoperability Plugfests, participation is *not* limited to testing against standards originating from the organising standards development body (in this case, SNIA) - the network of SDOs is closely knit, and support each other through liaison and interop events. So, you are just as welcome if you would like to test interoperability on standards stewarded not only by SNIA, but also (in no particular order) OGF, OASIS, DMTF, ETSI, IEEE, and many, many more. The common goal here is interoperability, not competition among SDOs!
Participation is open to anyone and free of charge, either as an SDC2016 visitor or from remote, with the only requirement being to register at the website http://www.cloudplugfest.org/.
Prepare your participation with a safe test environment (so as to not impede the production environment if things go wrong), hang out in the main chatroom to get started and take it from there! Connection and comms details will be provided to participants in due time.

What is a "plugfest", and what does it have to do with interoperability?

In a nutshell, a plugfest is an event where developers of independently written software come together to find out whether and how well their code works with other developers' code - they plug their software into each other and see what will happen.
Figuratively speaking, if the test environment doesn't go up in flames, then the two software components are close enough to interoperate with each other, and more formalised testing can commence.
If the test results are what was intended, then these two software packages interoperate - often, this is governed and measured against publicly defined specifications (or in short, standards) such as HTML, HTTP, SOAP, OCCI, CDMI, and many other examples.
As this is a Cloud Interoperability Plugfest, we are going to focus on open standards in that area, such as OCCI, CDMI, CIMI, TOSCA, CAMP, XACML, SAML, X.509 profiles.

Why should I participate?

In essence, these events are shared quality assurance activities:
Cloud Interoperability Plugfests are a safe environment to test your code's degree of conformance with the respective standard, and how well it interoperates with other implementations of the same standard.
Ideally, standards would be interpreted identically by all implementers, and hence all implementations would interoperate, but often enough that is utopia (though standards authors work very hard to minimise this). Such situations, where tests fail, the analysis of the failures can discover shortcomings in the standard document itself, illustrate discrepancies in interpretation, or in formal testing settings, errors in the test suite used.

I don't want to get embarrassed by e.g. failing on interoperability, or don't even want my participation known for a number of reasons, is that possible?

Yes. Plugfests have a long history of commercial participation, which would not have been possible hadn't every participant accepted the NDA protecting the event. In short, the NDA forbids any participant to use any information or insight gathered at these events for any other activity but improving their own software's standards conformance and interoperability.
However, without going too much into legal details, it is possible for participants to agree on public release of bespoke information gathered at plugfests for as long as the publication does not compromise confidentiality towards other participants.