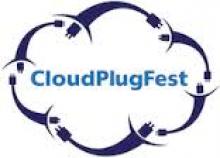 Participants represented countries and institutions across the globe, from Czech Republic (CESNET), Brazil (EUBrazilCC), Spain (IFCA), Greece (GRNET) and the US. The developers spent the day testing and probing each others implementations to identify errors, implementation issues, while profiling the specific standards for quality control feedback to both OCCI and CDMI as well as ESTI themselves.

Even though implementations have been around for a while, regular testing is necessary as bugs are still in the software that have not been fixed, or regression bugs were introduced in the mean time. To facilitate regular interoperability testing, plugfests need to be lightweight and lean and should occur more often. Virtual plugfests are the way forward, using collaborative document platforms such as Google drive. Virtual plugfests also allow for greater flexibility. Indeed, it was agreed to extend this plugfest by a week.

Cloud plugfests have impact beyond the software, thus regular participation and inclusion of Standard Development Organisations (SDOs) is crucial for a number of reasons:

Other concrete outcomes emerging from the event include:

However, strictly speaking, it is not interoperable since its OCCI message rendering is not entirely following the rules the set out in the OCCI specifications.
Leveraging these main outcomes, CloudWATCH will further address projects that participated at recent Software services and cloud computing concertation meetings. CloudWATCH will engage with those projects that use of publicly defined standards at the next Cloud plugfest meeting. The first steps have already been put into place by circulating the following questions to these projects:

To aide with and raise awareness for the profile definition work, CloudWATCH will also produce a strawman Cloud Standards profile based on the OCCI standard, and an EGI Federated Cloud use case. This, however, will not be a full profile document, but it will provide a set of specific normative profiling statements including background context that would not normally appear in a profile document. The strawman then may be used as a blueprint to kick-off actual Standards profiling work.

CloudWATCH will continue organising Cloud plugfests in close cooperation with the CloudPlugfest.org partnership, while EGI will evaluate whether to run regular virtual plugfests internally (due to its own vested interest), and once established extend these to regular public virtual plugfests. The next CloudWATCH plugfest event is planned to be organised around Spring 2015.

To receive more information about Cloud plugfests, please contact us at info@cloudwatchhub.eu.