Standards and Cloud: The Quest for a Magic Formula - 12 December 2012 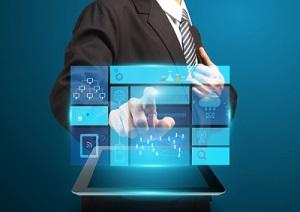 Unleashing the potential of the Cloud Computing in Europe by DIGITALEUROPE

The release of the cloud strategy and the first meeting of the European Cloud Partnership sent cloud computing on the right track in Europe. However, some players, especially on the SME side, are still puzzled by many practical issues associated with the uptake of cloud.

DIGITALEUROPE has therefore designed a programme aimed at gathering the experts most likely to help set up successful cloud operations. The first workshop on 12 December 2012 addressed the issue of standards. Upon praising the initiative from DIGITALEUROPE, the Commission pointed out that a successful cloud in Europe must serve the main objectives of the Digital Agenda and fit existing and future legal frameworks concerned. Three drivers in particular will inform this success: standards and certification; contracts; procurement.

The Commission takes an agnostic approach to standards. Venturing beyond its regular remit as a European telecom standard-setting body, ETSI will coordinate the investigation of existing standards and see how they fit the cloud. Judging by how the conference in Cannes went, the five key topics of SLAs, privacy & security, interoperability, reversibility and portability may be down to three after the latter two merge. Members of DIGITALEUROPE were invited to step forward and participate actively in the ETSI mapping exercise whose first deliverable is due by July 2013 and which will draw to a close in December 2013. While aware of the tension between IT and telecom standards, the Commission wants to get on with the considerable amount of work to be done.

IBM does not see the cloud as a new technology, rather as a new business opportunity resulting from the combination of existing ones to provide new services. No massive development of standards is required. While new in this task, ETSI may be able to help identify gaps in existing or developing standards. In turn, this gap analysis will inform the future role of DIGITALEUROPE in shaping the way to the cloud. The Commission intends to build best practice, not to regulate. However, it will if, for example, procurement standards are not interoperable. Indeed, one of the key questions is: will the accreditation process with a particular government be portable to other countries?

The approach to cloud standards is perhaps worth rethinking together with ICT-savvy customers as exemplified in the Cloud Standards Customer Council or in the open and transparent way pioneered by the Openstack Foundation to leverage community work: the lighter the process, the more chance to win over customers.

What customers exactly want has yet to be identified. Beyond a widespread concern for suppliers’ compliance with due diligence, no particular attention is given to standards except that they must contribute to building trust. However new or proven the technology is, the mere scale of opportunities offered by the cloud is challenging. As far as infrastructures are concerned, ENISA has been busy working security aspects. Spot markets may soon enable customers to pick the cloud infrastructure of their choice.

DIGITALEUROPE is committed to follow tightly the issue of cloud standards, which are by no means a jungle. DIGITALEUROPE will keep supporting unbiased, open and transparent solutions with a view to dispel the shroud of mystery some people see around the cloud.

Image courtesy of KROMKRATHOG at FreeDigitalPhotos.net